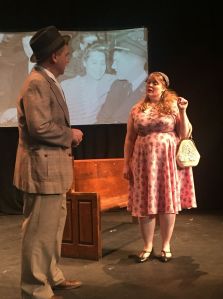 Following up on our first post about The Trip to Bountiful, here is a Q&A with the show’s director Brenda Darling. Brenda’s past contributions to Alumnae include directing Stepping Out in 2016, several plays for the New Ideas Festival, and acting as NIF co -producer and president, each for 3 seasons.  Her full bio along with those of the rest of the cast and crew is online at https://www.alumnaetheatre.com/the-trip-to-bountiful.html. In this interview, she talks about what caught her eye about Bountiful, her production choices, and the rehearsal process.

WHAT FIRST CAPTURED YOUR ATTENTION ABOUT THIS PLAY AND WHAT DID YOU WANT TO DRAW OUT OF IT?

The need for a place to call “home” struck me strongly in this play. I deeply long for the cottage we sold where I lived in every summer for nearly 60 years—it was in our family for over eight decades!  I wanted to explore what’s missing in mega-cities: that there are so many isolated, lonely and rootless individuals. I also wanted to explore what “home” actually gives to us.

WHAT DO YOU SEE IN THE CHARACTER OF CARRIE WATTS AND WHAT DID YOU WANT TO CONVEY ABOUT HER JOURNEY? 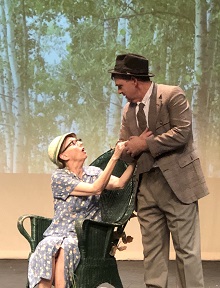 Especially in the city, where we’re surrounded by millions of strangers, it’s easy to lose empathy and become indifferent to the plight of others. For the first hour of The Trip to Bountiful, Mrs. Watts speaks little and seems more of a shadow of a person. However, away from her stifling environment, this woman, whom we might have overlooked, begins to express herself, claim her identify, find her dignity and show her depth of love. Her humanity shines through and we care about her.

WHAT WAS THE REHEARSAL PROCESS LIKE FOR THIS PLAY? WHAT DID YOU DO TO HELP THE ACTORS MOVE INTO THEIR CHARACTERS? 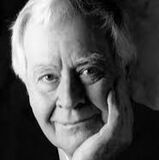 Everything was in the text of Horton Foote. He writes in such a naturalistic style, employing the parlance of everyday speech, that at first read we couldn’t help but miss the depth behind every phrase. Even “Yes ma’am” or “I would” carries a wealth of information about the character. We did a lot of talking. We applied it to our own lives. We experimented until, like finding gold, we all sensed we’d discovered the real thing.

THE USE OF PROJECTIONS ON SCREENS IS QUITE CENTRAL TO YOUR PRODUCTION. WHY DID YOU CHOOSE TO USE THEM AND WHAT WERE YOU LOOKING TO ADD?

I could see the scenes in this play in my mind. They were three-dimensional, in certain colours, and with a great deal of depth. There were also five environments, each of which I wanted to be distinct. A painted flat couldn’t reproduce what I was imagining. The use of projections also allowed me to go from black and white stills to colour videos over the progress of the story.

THIS PLAY PREMIERED IN THE 1950S, WHAT IS IT ABOUT THE STORY THAT MAKES IT STILL APPEALING TODAY?

I don’t think human beings have an identity in a vacuum. We know ourselves in our relationships with our environment including physical places and community. Jessie Mae’s narcissism cuts her off from authentic relationships and she’s a very unhappy woman. Mrs. Watts had lost her “dignity and sense of peace” after 30 years estranged from her childhood home and once she finally returned, at risk to her life, she regained it.

It is also about ageism and elder abuse. It is revealing of our society and its changing consciousness that when this play appeared on Broadway and as a film over 50 years ago, there don’t seem to have been any reviewers who commented on this mistreatment of a senior. That seniors right to respect, civility and control of their finances is more officially protected today. However, this play remains relevant because, like Mrs. Watts, thousands of seniors still face abuse and mistreatment away from public scrutiny.

The Trip to Bountiful continues Wed Jan 29  to Sat February 1.  All performances at 8pm.  Visit https://www.alumnaetheatre.com/the-trip-to-bountiful.html  for more details

Tickets can be purchased online and in advance at https://www.alumnaetheatre.com/the-trip-to-bountiful.html  Use special promo code BOUNTIFUL2020